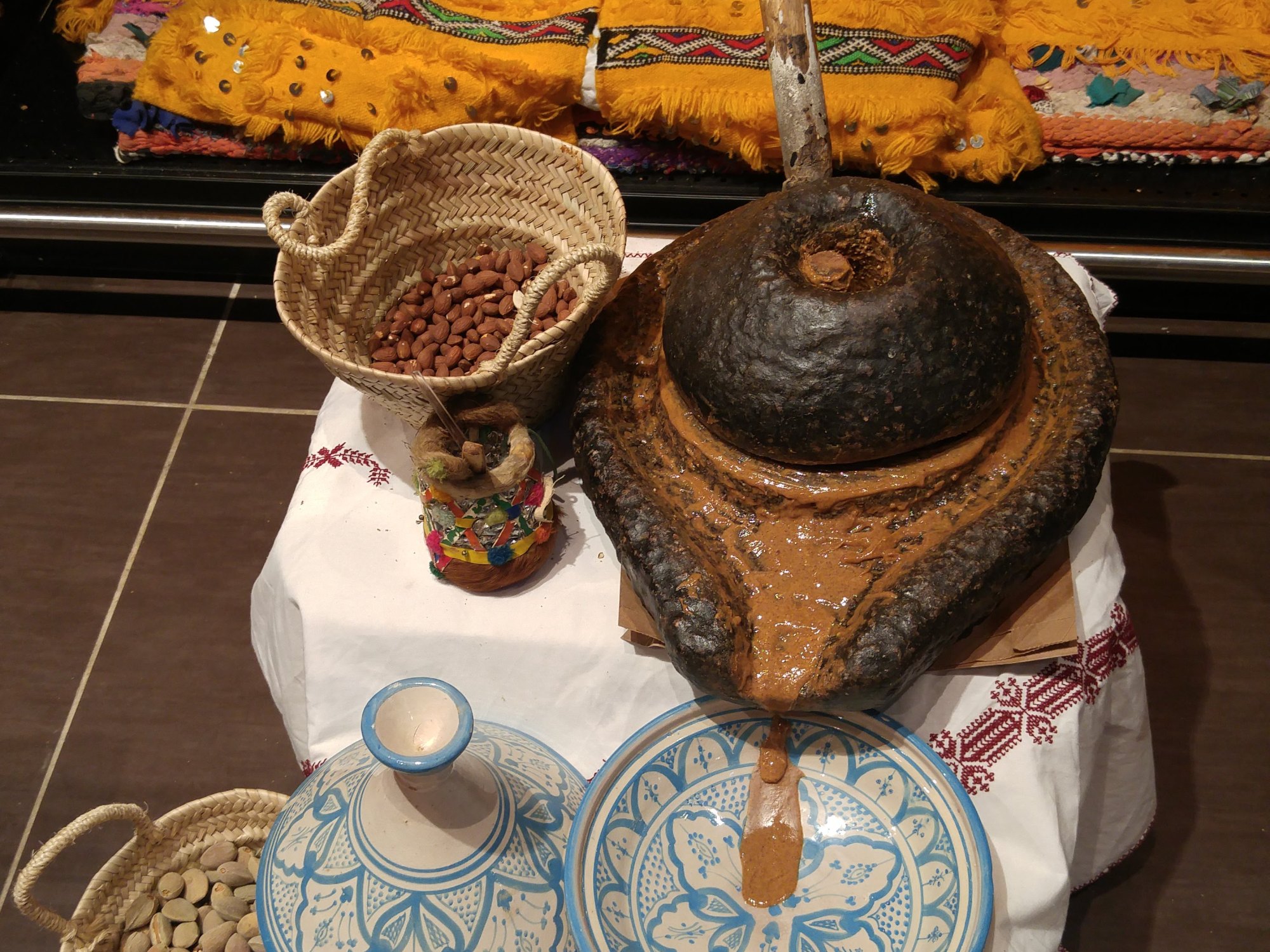 “Beldi! Beldi!”, the vendor repeated while showing us the oranges. “It means it’s good for you”, my mom’s incomplete explanation. “Everything here is ‘beldi'”, she added, with a hint of skepticism towards the vendors’ marketing efforts.

That was the first time I heard the term, at a local pop-up market in a residential neighbourhood with my mom. Most vendors in these markets are local farmers who do not speak French or any other languages that my mom and I speak. Their attempt at communicating with us was often repeating the keyword to us until it looks like we understood them and would buy whatever they were selling.

Beldi is an Arabic word found only in Morocco to describe products that were grown or produced in the traditional way. The term may sometimes be used as an alternative for “natural”, “organic”, “free-range”, “locally produced” or “GMO-free” but it basically means “traditional” or “authentic”. Any beldi product is rustic, handmade and “slow” since they are prepared following time-honoured methods. Although you can see it applied to a variety of products, it’s most often used for food, cosmetics or skincare products.

And that also included food at restaurants, especially dishes prepared from beldi ingredients and following beldi preparation methods. One of the traditional ways of cooking meat in Morocco is to simply put it on the grill. My parents were convinced that this was the most delicious Moroccan dish – I guess they’re not big fans of tajines – and they insisted on taking us to an authentic place, meaning a street food stall where the locals are, as opposed to overpriced food stands in Jemaa el-Fnaa square in Marrakesh.

We were on our last day in Marrakesh and doing a few last activities in the city, one of them was riding camels and dressing up like Bedouins. Following our hotel receptionist’s advice, we drove out to the Gardens of the Palmeraie on the outskirts of the city to search for camel rides.

Because we were on the outskirts of the city and far away from the medina, we passed by a part of town that was a mix of luxurious and private property and lower-income housing and stores. There was clearly a lack of urban planning and infrastructure in the area, compared to the modern centre and the medina.

After the camel ride and tourist photo-op, we found a stall on our way back to the medina. From the first look, it appeared to be just a butcher’s shop. But my dad, with his keen eyes, already spotted a grill and dying ember. It was the “grilled food place” my parents kept mentioning. It reminded me of the pop-up street food stalls you see in South East Asia, one of those that don’t have enough sitting room or furniture to be called a restaurant.

I must admit, I was taken aback at first by the sight of the meat hanging in the open air. Dust and flies and bacteria! But then I remembered all the “unconventional” food I’ve seen (and even tried) in all my travels and how food poisoning never really stopped me from eating my way around the world. My parents’ casual behaviour towards it was also reassuring: they know it’s a common thing.

Hanging meat is a long-existing process to dry-age it and bring out more flavours, done indoors in a controlled environment. But in today’s modern bovine industry, it’s often skipped over to save costs or is given a different price tag to reflect its costs. I don’t often buy dry-aged beef at my local grocery store because of this reason.

As soon as we parked and got out of the car, we were greeted by the overly enthusiastic owner and his busboy, both speaking only in Arabic, as if we would understand. He must have mentioned “beldi” a couple of times but I was way too occupied examining the meat hanging that I didn’t notice. My mom quickly took initiatives and went up to the chef behind the counter to place orders: beef briskets and lamb ribs.

There was no menu, you just point at the cut of meat you want and they would slice it and put it on the grill with almost no seasoning. No side dish either, just a few buns of Moroccan bread to accompany the meat. The only thing we asked for was salt and ground cumin. To wash the taste down, we were offered some traditional sweet tea.

We had to point at the owner’s white butcher coat and motion sprinkling with our hand to communicate with him after our attempt at repeating “sel” (salt in French) didn’t work.

The meal was simple yet delicious! The meat just easily fell off the bones and the fat of the lamb melted in the mouth. It didn’t need any marinade, just a generous sprinkle of salt and cumin. We couldn’t really communicate with the owner to confirm that the lamb was free range but I think you can tell when eating because of how little fat there was and how juicy it tasted. It took no time for the food to arrive at our table yet, it was the slowest food I had while in Morocco, slow because of all the unseen preparation that went into it, from how the lamb was fed to the meat hanging, carving, grilling, etc. Unseen but not unnoticed because I could taste the difference compared to the food I had at stalls in Jemaa el-Fnaa the previous night.

You might’ve heard about the slow food movement, the practice of following culinary traditions and using local ingredients, and the organization that leads it. This movement also comes in different forms around me, like ad campaigns to buy from local farmers (“Good things grow in Ontario”), restaurants switching up their menu to adapt to the ingredients that are in season or just friends and family who specifically choose to shop at local farmer’s market instead of buying from big chain grocery stores.

This new movement to combat the massive industrial farming practices that’s degrading the environment is actually just about going back to how things were before the heavy industrialization. It just has different names in different countries and in Morocco, it’s beldi.

This site uses Akismet to reduce spam. Learn how your comment data is processed.

Leftover pumpkin puree 🎃 is perfect for helping keep cinnamon rolls soft, moist and fall coloured🍁
🌞 LAST SEASON 🌞
29 years around the 🌞
I was given a lot of homemade jam 🍓 so I decided to use it up by adding it to @alisoneroman 's lemon turmeric tea cake 🍰
Last day at the beach ⛱
I've been enjoy the seafood on the island so much, I forgot all about taking photos of them!
Loading Comments...
%d bloggers like this: